Edward Branley – What I Teach – Background 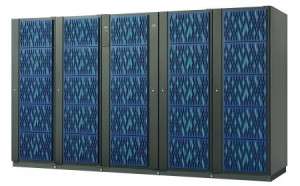 Since the late 1990s, the main element of my computer consulting practice has been training. After earning a degree in Secondary Education from the University of New Orleans in 1980 and teaching high school for four years, I moved into the world of tech, selling computers at Radio Shack (hey that was a thing in the mid-80s). That led to doing independent consulting around town. With the expansion of the Internet in the 90s, I connected with folks in other parts of the country. One of those connections was a small training company affiliated with Digital Equipment Corporation. I entered the world of top-tier training, traveling around, teaching classes in Digital (later Tru64) UNIX, on DEC/Compaq AlphaServer platforms. Basic UNIX classes led to more advanced subjects, clustering/high availability, UNIX kernal internals, and other subjects.

The company I contracted through to do this work began to pick up work from EMC in 2000. That began a seven-year relationship with EMC, where I taught primarily Symmetrix Business Continuity and EMC Control Center. I continued to teach classes related to the AlphaServer line, as well as doing contract consulting for HP Managed Services. Symmetrix Business Continuity was the course I taught most for EMC, not so much because I was a replication wizard, but because I could handle the lab environment. The course covered all of the company’s enterprise replication: TimeFinder Mirror, TimeFinder Clone, and TimeFinder Snap, their three in-system products, as well as Symmetrix Remote Data Facility (SRDF) Synchronous, and SRDF Asynchronous, the two remote replication products. The lab equipment used by the students consisted of sixteen servers, four each Windows, Solaris, AIX, and HP-UX. The three different flavors of UNIX meant there were only a limited number of instructors qualified to teach this class. It was a lot of fun, and a great experience, working with top-notch storage professionals all over the world.

It’s often the personal connections that determine the paths we take. In 2004, one of the folks from EMC moved over to Hitachi Data Systems. I went along for the ride, doing course development work and teaching HDS classes. After a change of contracting companies post-Katrina, in 2006, I taught for both EMC and HDS for two years. After another contractor switch in January, 2008, I began to teach exclusively for Hitachi Data Systems, contracting through Merit Career Development, in Philadelphia. That relationship continues to this day.

One of the main reasons I enjoy teaching for HDS is that I teach the entire product line, enterprise storage, modular storage, converged systems, NAS, content platforms, hardware and software. Rarely do I teach the same thing on back-to-back weeks. It’s an exciting challenge.