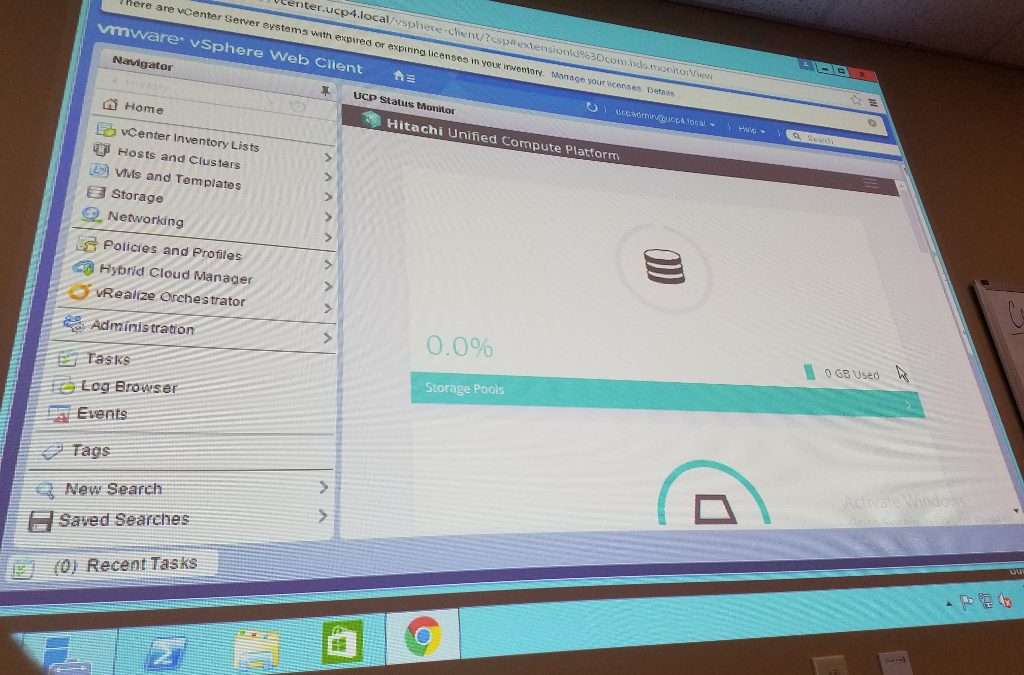 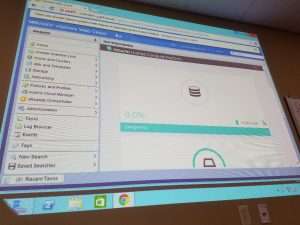 Most of the computer classes I’ve taught over the years involve presenting a series of related subjects, one usually building on the skills of the next. The class on the Unified Compute Platform I just wrapped up yesterday for Hitachi Data Systems (HDS) was a bit different. It’s what we call the “deploy” class. The idea is, one of these converged systems arrives at a customer’s site, and it has to be set up. 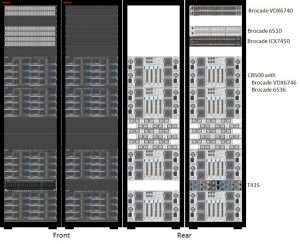 The Unified Compute Platform is a fantastic product for the customer. It’s an extension of a concept that HDS has been doing for years. The company sells storage. They also sell blade servers. A lot of companies want one vendor/source, so HDS will also sell them the network and fiber channel switches to connect the servers to the storage, then the outside world. Now, with server virtualization platforms such as VMware and Microsoft’s Hyper-V, the customer still wants one throat to choke, as it were. So, they say to HDS, why don’t your professional services guys install VMware on all this stuff? It’s a profitable business.

Most of what needs to be done to deploy the hypervisor envrionment (VMware or Hyper-V) is repetitive, though. You put VMware on eight blades in a server chassis, and make a cluster. Then you buy another server chassis with eight blades the next month and do it again. Rather than have to pay to have the guy come out a second time, what if there was a software interface that simplified the process? That’s how the converged platform got started.

The idea is to use the same hardware every time a UCP system is sold. Same servers, switches, etc. The development people (HDS calls them the ‘UCP Engineering Group’) writes a whole bunch of scrips and utilities so that all the customer needs to do is work with a very simple user interface.

OK, that’s the basic idea. Thing is, all that has to be put together and made to work at the customer site. That’s where this week’s class comes in. I teach the guys who go out to the cutsomers how to “deploy” UCP. We start with the hardware with very little software installed. Over the course of the week, we add the software packages needed to run UCP. It’s a complex process with countless steps. There’s no halfway, either–it doesn’t work until all the steps are complete and you turn on that user interface.

Seeing that Unified Compute Platform home screen come up on the projector is a welcome site. The sign of a successful class!